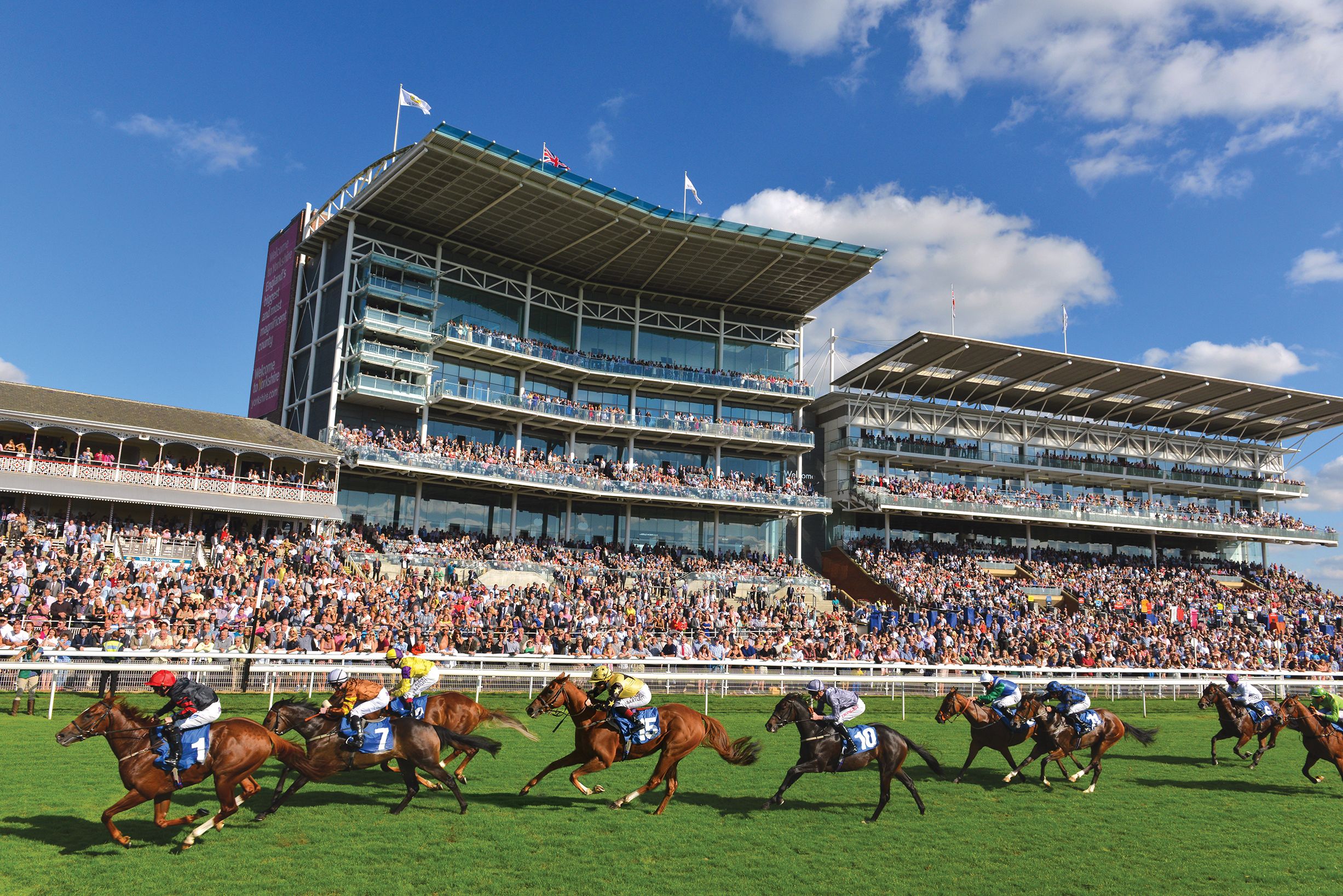 Located in the city of York in North Yorkshire is York racecourse, a premier equine racing destination. Offering the second most prize money per meeting in Britain, York attracts large crowds and top racehorses. As host of three Group 1 races (Juddmonte International Stakes, Nunthorpe Stakes, Yorkshire Oaks), York is very much in the upper echelon of the Sport of Kings.

York racecourse is in the southwest of the city on a large area of land steeped in history. It has retained the nickname the ‘Knavesmire’, which was given in pre-medieval times. (A knave is a man of lowly standing and mire a swampy cattle pasture). York horse racing has been recorded as early as Roman times, with some unearthed archaeological finds suggest it may have begun even earlier. Official city endorsement was received in 1530.

For the first few centuries, the racecourse was in a horseshoe shape and was often referred to as the leading track in England for spectators. However, to host the Gold Cup in 2005, the course was extended to make a fully circular track.

This flat, lefthanded course is renowned for fairness and benefits strong gallopers. Various studies have shown very little draw bias, further cementing the reputation of fairness. However, in recent years, lower draws have become slightly more favourable, except for 7-furlong events, which begin on a bend. Traditionally, solid frontrunners and pacey horse’s have done well at the track.

So, take these factors into account before studying your race card and placing your bets at this premium horseracing venue. Also, to give yourself the best chance of winning snap up one of these fantastic special offers that will give you either a free bet or a boost to your initial betting bank: