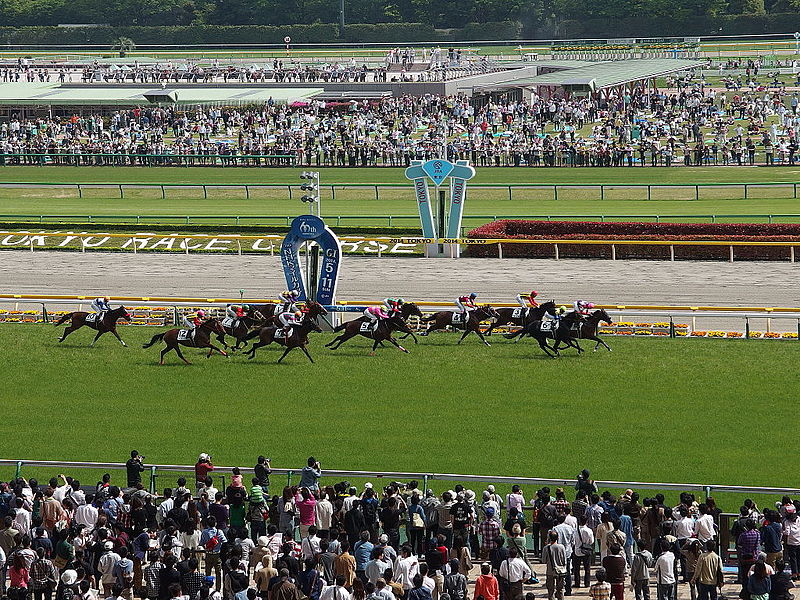 There are many horse racing courses worldwide, but before we look at the list of horse racing venues, let’s examine the history of the Sport of Kings. We’ll also explore different types of racing, track surfaces and disciplines involved in this multi-billion dollar equine industry.

Horse racing has been around since ancient times, even playing a significant role in myths and legends. Throughout history, the racing of horse’s has been a method for riders to improve their skill and compete against one another. Around the 15th century, horse racing began to be formalised, but it would take a few hundred years until its popularity exploded. Finally, in the 1700s, thoroughbred racing gained popularity with the affluent levels of British society, and the name “The Sport of Kings” was born.

At those times, Newmarket was the leading site for horse racing, cementing its status with the formation of the Jockey Club in 1750. This organisation brought early forms of handicapping and a set of rules to prevent crookery. Between 1776-1814 Epsom added the five classic races which are still popular today:

Prize money steadily grew, and the culture of betting was established to fund the future of horse racing. It was, however, not a sport of the people as nobility went to great lengths to keep out the general public. One mode of entry, though, for “the man in the street” was working in the industry, which would prove profitable, whether it be in the role of a jockey, trainer, groom or bloodstock agent.

The most popular form of horse racing worldwide is flat racing – a race with no obstacles between two designated points. Due to its popularity, it follows suit that most horse racing racecourses worldwide are designed to cater to flat racing. Generally, flat racecourses are relatively level and oval in shape. However, the exception is the home of horse racing, Britain. It has such a wide variety of racecourses that this rule of thumb doesn’t apply. For example, in the UK, one can find tracks that are a figure of eight-plus tracks that have drastic gradients or side slopes. These differences make racing in Britain somewhat unique because more factors need to be considered when studying form.

There are many prestigious flat races spread all around the world – some of the noteworthy events that fall into this category:

Jump racing gained popularity in the UK and is still very prevalent to this day. While other parts of the world have also adopted, occasional jump meets, Britain and Ireland remain the worldwide centre for this discipline, where it is referred to as National Hunt racing. Although there are some flat races on National Hunt days, the focus is on jumps. The jumps are over a metre high, consisting of segments of the brush. There are always at least eight hurdles in a National Hunt race, with the minimum distance being three kilometres. Horses often start with races containing minimum height jumps to gain experience and move onto events with higher obstacles called fences.

Depending on the size and type of jumps, the category is divided into “steeplechase” and “hurdles”. It’s worth noting, though, that in North America, steeplechase refers to ANY event with jumps. Steeplechase typically involves a widely varied set of fences and obstacles, which include ditches. Its popularity has extended past the UK and Ireland, all the way to France, North America and Australia. By far the most-watched steeplechase globally is the Grand National, an annual event run at Aintree racecourse each year since its inaugural staging in 1836. Since then, the enormously lucrative race has been filled with drama and glory. There are heartbreaking memories such as future novelist Dick Francis’s stumble on Devon Loch while well ahead in the home straight, but also inspirational tales, such as the legendary Red Rum triumphing an astounding three times in the 1970s.

Harness racing is a specific event where horses are permitted to either trot or pace, depending on the race category. A jockey sits typically in a cart with two wheels, commonly referred to as a spider or sulky.

Only specifically bred horses are allowed to participate in harness racing:

While harness racing doesn’t have the same following as flat or jump races, it does nonetheless have an avid fan base with some lucrative events such as the Prix d’Amérique with a purse in excess of a million euro.

As the name suggests, endurance racing is a test of stamina, with races of varying lengths from

Sixteen kilometres up some beyond 160 kilometres, which last multiple days. Horse racing courses are not used, due to the sheer length of the races, with natural terrain being the surface chosen instead.

Only really popular in Europe and New Zealand, saddle trot racing takes place on a regular flat racecourse with horses ridden at a trot by jockeys in the saddle.

Racetrack surfaces differ, allowing for some horse’s to thrive on a specific surface and become specialists. While turf is the most widely used in Europe, dirt tracks are the most commonly adopted in both North America and Asia. Additionally, in recent decades, synthetic surfaces have been developed to allow for less weather dependency:

Of the above mentioned by far, the most popular artificial horse racing surfaces are Polytrack and Tapeta.

Horse Racing Courses Around The World

The popularity of the Sport of Kings is immense, and as a result, there are horse racing courses spread around the globe. Let’s take a look at the racecourses worldwide that bring spectators, prize money and thrills to equine enthusiasts. The following list of courses will be in this order:

The country with the most well-known racecourses is undoubtedly the home of formalised horse racing – Britain. The UK has a total of approximately 60 racecourses in use currently. The current total prize money in British horse racing is over 42 million pounds each year. In addition, the country’s racecourses host an astounding 10 000 plus horse races each year. It’s no surprise then that British racecourses are the stage for some of the most famous and lucrative horse racing festivals on the planet:

Not only are the headline events at these festivals some of the most sought after prizes in equine racing, but each has many top supporting fixtures where racegoers can see some of the best horse’s strut their stuff.

By comparison, Northern Ireland lacks in the volume of racecourses, but the ones located in the country have a history of high-class horse racing. Each year, the primary race held in Northern Ireland is the Ulster Derby, a flat handicap for 3-year-old horses. The race is run at Down Royal over a trip of 25551 meters with total prize money of over €75,000.

Horse racing in Europe is still flourishing centuries after its humble beginnings. Whilst some do not enjoy the same viewership as British horse racing, there is still an avid fan base of spectators and bettors. Many of these European raiders often cross the channel to vie for the massive purses on offer in the UK. Let’s look at each country in Europe where horseracing has a popular presence.

Heading up the contingent of European racecourses is France, which has an immense amount of racing venues. France is home to many illustrious graded races, none more famous than the iconic Prix de l’Arc de Triomphe is held each October at Longchamp, a gruelling 2400m test of stamina for 3 years old colts and fillies. Another highlight on sprinkled throughout the French horse racing calendar is The French Classic Races, which comprise of seven grade one races:

There are many horse racing racecourses in France – more so than any other European country. Here are the leading racecourses which generate the vast majority of viewership and betting turnover.

Germany is another country where horse racing popularity has endured throughout the ages. Despite having a passionate love for football, Germans still retain a bit of enthusiasm for the Sport of Kings. Horse racing has gained a following over the last decade in the country. German racehorses have also gained notoriety for stellar performances elsewhere in Europe – one that springs to mind immediately is Danedream’s sensational Prix l’Arc de Triomphe victory in 2011.

Swedish horse racing hasn’t made the global impact of some of its illustrious European counterparts, but the county’s equine races still have a loyal fan base. The industry is thriving in Sweden, with the Swedish Horseracing Authority hosting about 70 race meets a year with an annual prize money total of over €6 million. It’s worth noting that the country has both thoroughbred and Arabian racing, although the Arabian horse population is far smaller in Sweden. There is also flat and harness racing available, making Sweden an enjoyable betting alternative for punters.

Horse racing in Norway is not as popular as in neighbouring Sweden, but the sport does have a loyal fanbase. There is regular flat plus jump and harness racing in Norway. Despite not being a horse racing powerhouse, Norway is nonetheless a trendsetter in the industry. Way back in 1986, the whipping of horse’s was outlawed in all horse races. However, after the protests of various jockeys, trainers and owners, a compromise was reached, which minimised the negative impact on the equine population but still enabled full competitiveness. A shortened type of whip was allowed for safety purposes only. In 2009, it was further decreed that these whips were only permitted in 2-year-old races and jump races.

Despite only having two official racecourses in the country, Denmark has elevated horse racing to the sixth-largest sport in terms of total spectators. Most horse racing in Denmark is of the thoroughbred flat variety, with the sport’s origin dating back centuries in the region. There is also harness racing, which is increasing in popularity with each passing year.

From the outset, right up until recently, the government has had a firm anti-gambling stance regarding bookmakers and betting in the United States.

While there is also endurance, quarter-horse and Arabian horse racing, the most prevalent horse racing in the country is thoroughbred flat racing. Racing in the country takes place on immensely varied racecourses – grass, dirt, and a few synthetic surfaces. The highlight of the US horse racing calendar is the Kentucky Derby held in early May each year at Churchill Downs racecourse. It forms the first leg of the Triple Crown, with the other two legs being the Preakness Stakes held a fortnight later at Pimlico racecourse and then three weeks after the Belmont Stakes at Belmont Park racecourse.

In 1973 the great Secretariat pulled off the feat of winning the Triple Crown, capping the achievement with a victory in the third leg (Belmont Stakes) by an astounding 31 lengths. The time of that race still stands to this day as a record in the country for a 1.5-mile dirt race.

Thoroughbred horse racing is a massive economic contributor and spectator sport in Australia. In addition, gambling is fully legalised and regulated in the country, with betting turnovers above 14 billion dollars each year over the past decade.

Punters are spoilt for choice, with a multitude of top bookmakers and a vibrant totaliser. There is flat thoroughbred racing and jumps races, with horse racing being the third most viewed sport in the country. Soon after colonisation, horse racing came to Australia, and the sport has grown ever since.

Currently, racecourses in Australia have some of the best facilities for both the public and the competitors. Prize money in Australian horse racing is plentiful, falling only behind the US and Japan. The indisputable gem in the crown of horse racing in Australia is the Melbourne Cup, a demanding 3200m race for 3-year-olds and above. This iconic race is held at Flemington racecourse and brings an entire nation to a standstill.