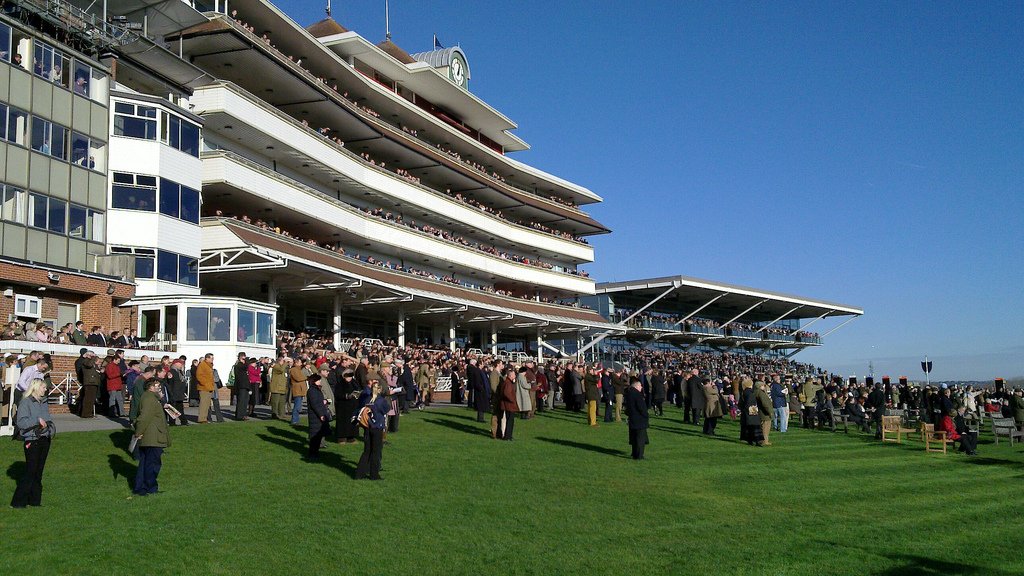 Newbury Racecourse is located in Greenham, Berkshire – oddly enough, the neighbouring town of Newbury. Despite catering for both jumps and flat racing, Newbury is host to only one of Great Britain’s Group 1 races, namely the Lockinge Stakes, run over a mile for four-year-olds and older. Roughly 30 race days are held at Newbury each year, with Her Majesty Queen Elizabeth II sometimes in attendance. For regular race-goers, Newbury is the epitome of convenience as it has a mainline train station nearby. And for golfers, the 18 hole course contained, enclosed by the track, provides another attraction. Unfortunately, the 2011 racing season at Newbury was marred by a freak electrocution of two horse’s in the parade ring.

While the first recorded racing at Newbury occurred in 1805, the Newbury racecourse itself is relatively new in British terms – built only in 1905. This long delay was primarily due to the Jockey Club imposing incredible stringent requirements for new racecourses. It wasn’t until King Edward VII voiced his approval that Newbury Racecourse Company was founded in 1904, purchasing the land and construction following soon after.

Newbury is a left-handed oval 3000-metre course with minor undulations. Flat races are held on the straight course from 1000 metres until 1600 metres (mile). Over these flat events, higher draws are favoured, especially in yielding going. However, the very often limited field size negates most of the advantage. Over jumps, there is no draw advantage. Newbury is a wide track renowned for fairness and rewarding tenacious horses with heart. During National Hunt races, the horse’s face a long, demanding straight that has seen many a horse get collared near the line.

The small field sizes at this racecourse may mean that there aren’t any normally huge errors in the odds offered by bookmakers. So, in order to capitalise on every opportunity and maximise your winning chances, it would be a good idea to grab special offers, either for a risk-free bet or a boost to your wagering armoury.