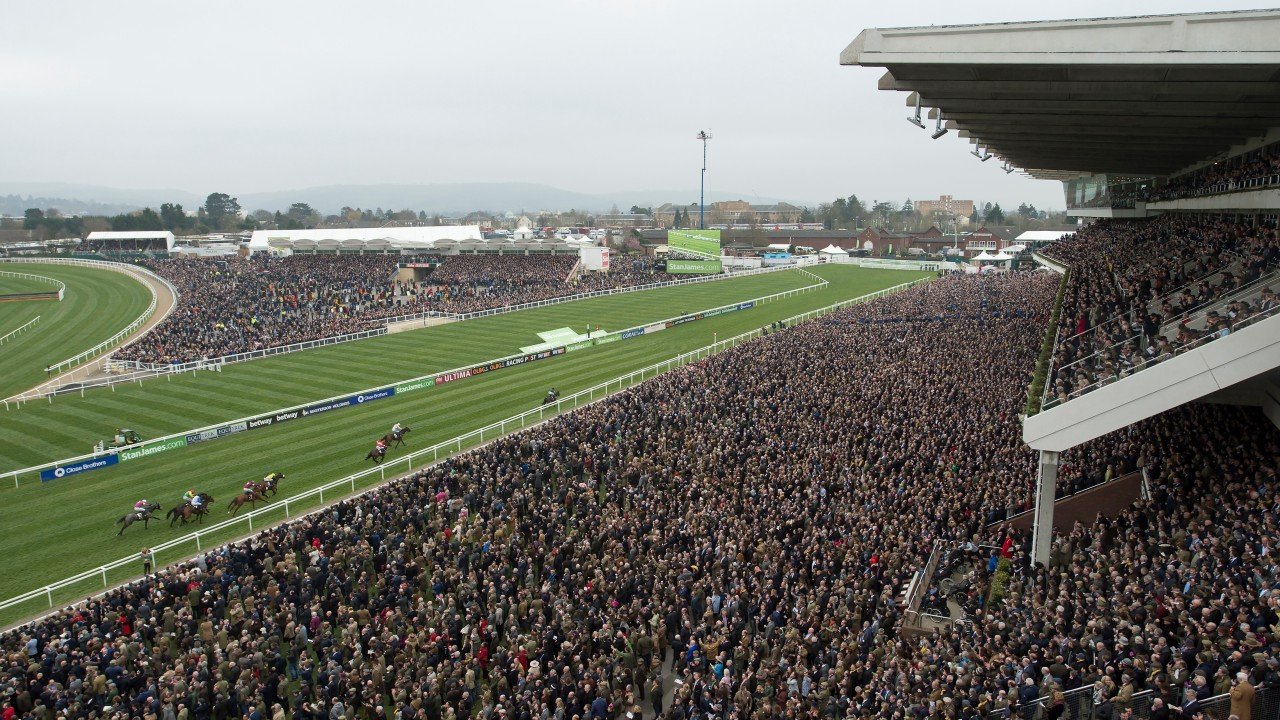 Cheltenham Racecourse is located in Prestbury Park, fairly close to Cheltenham, Gloucestershire, England. In March each year, the Cheltenham Festival, is held with much fanfare and includes multiple Grade I events such as the Cheltenham Gold Cup, Champion Hurdle, Queen Mother Champion Chase, Ryanair Chase, and Stayers’ Hurdle. THere’s little doubt that The Cheltenham Festival is the most prestigious meeting in the country.

The racetrack, which has a capacity of 67,500 spectators, is situated in a natural amphitheatre immediately below the escarpment of the Cotswold Hills near Cleeve Hill. Cheltenham Racecourse railway station is the southern terminal of the preserved Gloucestershire Warwickshire Railway, which no longer connects to the national rail network.

In 1815, the first official Flat race meeting in Cheltenham was held on Nottingham Hill, followed by the first races on Cleeve Hill in August 1818. Over the next decade, racing’s popularity skyrocketed, with 30,000 people flocking to the racecourse for its annual two-day July meeting, which featured the Gold Cup, a 3m flat race.

The Old Course and the New Course are two different courses that run alongside each other on the main racecourse. For steeplechases, the New Course has a more difficult downhill fence and a longer run-in than the Old Course. On the New Course, hurdle races over two miles have a little quirk in that the majority of the hurdles are jumped early in the race, with only two hurdles jumped in the final seven furlongs. The Showcase, the November Meeting, and the first two days of the Cheltenham Festival are all held at the Old Course.

Whether it be a regular Cheltenham racecard or the ever-impressive Cheltenham festival, punting is better with some free money – so here are some fabulous offers: