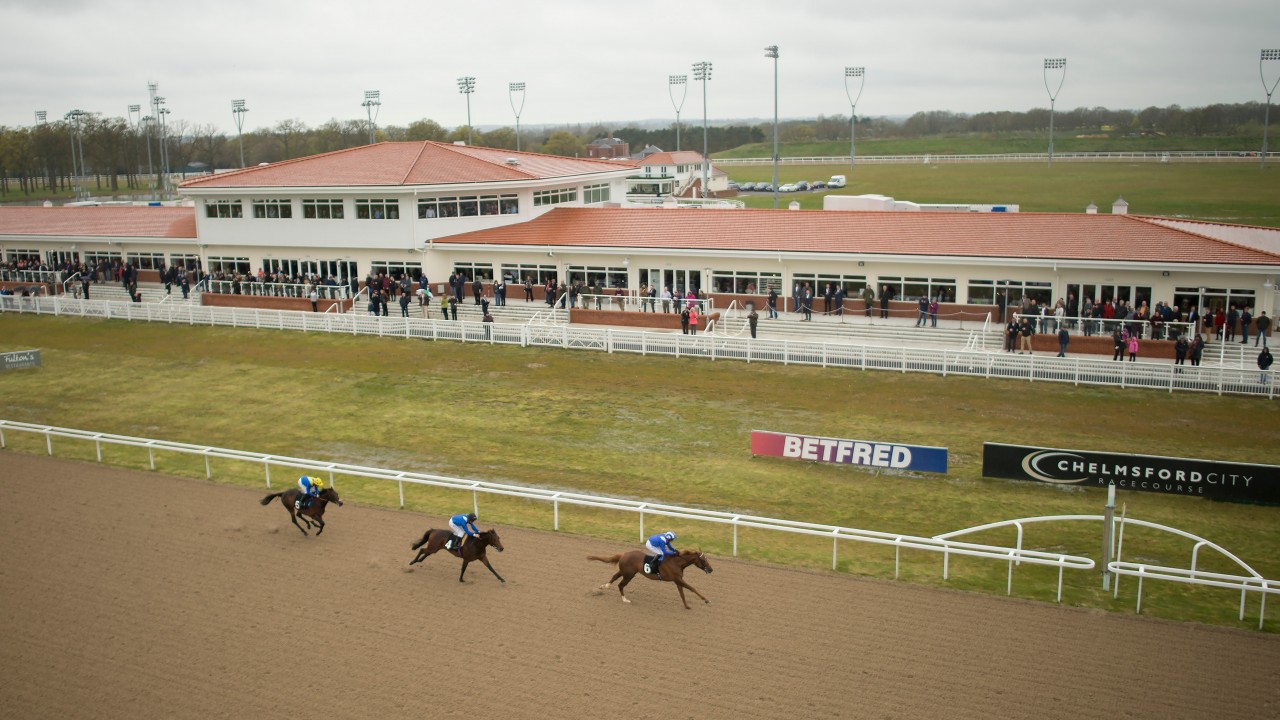 Chelmsford City Racecourse was initially named Great Leighs Racecourse – a nod to its location in Great Leighs, nearby EsChelsford in Essex, England. It’s an extremely new racecourse, opening in April 2008. Early fortunes weren’t favourable, with the course going into administration a year later and only re-opening for racing in early 2015. Only flat racing takes place at the course. Notable races at Chelmsford include:

Chelmsford City was the brainchild of entrepreneurs John Holmes and Jonathon Holmes, his son. They felt there was a gap in the market, with no racecourses located in Essex, despite the sport’s popularity in the area. So, with much fanfare, the course (then named Great Leighs Racecourse) was opened in 2008, a mere 50 miles from the most extensive racehorse training facility in the Uk, Newmarket. However, while some of the facilities garnered praise, the general incomplete nature of much of the amenities was received with criticism. As a result, crowd numbers never really gained traction, and the course was put into administration less than a year later, with its racing licence revoked.

After multiple failed proposals for the purchase of the course, the administrators announced that it was a lost cause. However, in late 2011 the course was bought by MC Racetrack, and it seemed as if the Sport of Kings would be resurrected in the area. However, repeated applications submitted by MC Racetrack for racing at Chelmsford were denied for the next two years.

The course was then sold in 2013 to a syndicate headed by Fred Dome, Owner of Betfred. The British Horseracing Authority approved 12 race meets to be held at the venue in 2015 – a figure that was later increased to a respectable 58. Under its new name of Chelmsford City Racecourse, it re-opened in 2015.

Chelmsford City is a left-handed all-weather Polytrack with a short straight of just 2 furlongs. Bends aren’t as tight as many other all-weather tracks, making racing at the venue quite fair. A grass course is also planned and should be open sometime in 2021. The track is exceptionally level and tends to suit front-runners. Races of 7 furlongs or more are around the bend. Due to the limited history of racing at the venue, it’s tough to determine if there is a significant draw bias accurately. Many pundits believe, though, that a low draw is advantageous.

Punting on races at Chelmsford City Racecourse can be a daunting prospect – primarily because there aren’t enough established statistics sometimes to make truly informed decisions. Still, this can represent an opportunity as savvy gamblers can spot trends in the market before form guides highlight them. So, keep an eye out on factors that you notice affecting the results at Chelmsford. Even though it’s early in the history of this track, the elements which appear to be significant are:

Then, maximise your punting bank with one of the offers below: