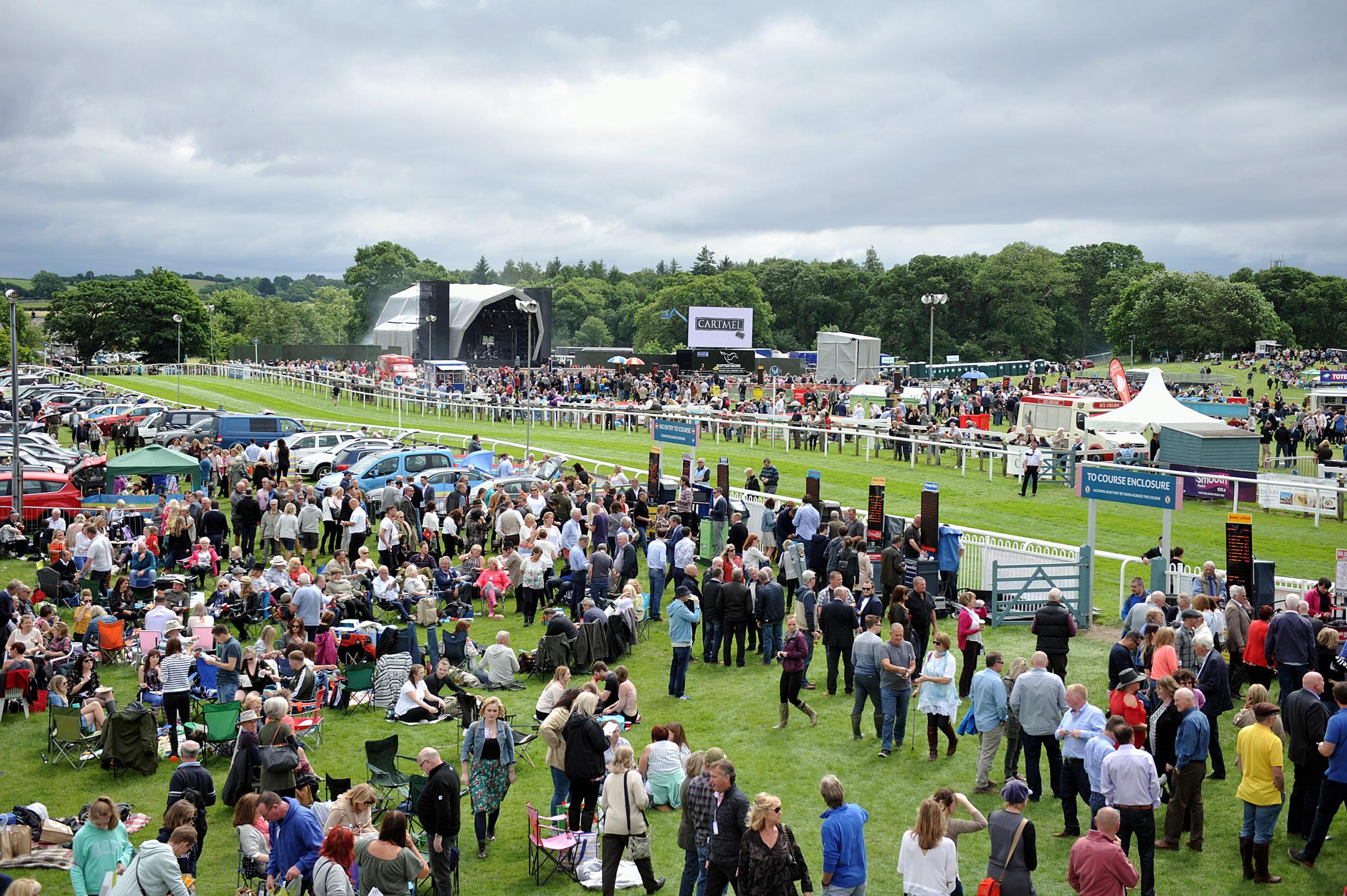 Cartmel Racecourse is a historical National Hunt racecourse located in the village of Cartmel in the Lake District of England. The racecourse and surrounding area are owned by the Holker Estate, the residence of the Cavendish family. The venue hosts, on average, nine-race meetings a year, all between the end of May to the end of August. The highlight of racing at Cartmel is the two-day meeting held each July, which features the Cumbria Crystal Hurdle Cup’ a Grade 3 race over 4800meters with prizemoney above £40,000. There are two other notable races at the venue in August – the Cartmel Cup and the Cavendish Cup.

Racing in the area began in 185, although it’s speculated that the sport took place in the region far before the first documented race. Early meetings were flat racing only, but it was switched to a jumps-only racecourse by the turn of the 20th century. Cartmel landowners have always supported the racecourse, and before World War II, only amateur racing took place at the venue. After the war ended, though, this began to change as racing fixtures increased and meets were professionalised. From the mid-1970s onwards, under the management of Hugh Cavendish, the racecourse has improved racegoers experience. Over the years, crowd sizes have swelled to sometimes over 20 000, despite the tracks remote location. Unlike many other racecourses, picnics and bringing your own alcoholic drinks are allowed. The site is also used for many other social gatherings such as fairs and weddings.

Some interesting tidbits:
The infamous Gay Future horse switching coup took place on the track in 1974.
Top horse Soul Magic won at Cartmel seven times.
As per tradition, all winning connections get presented a Cartmel Sticky Toffee Pudding for their enjoyment.

Cartmel is a tight, undulating, narrow left-handed jumps only racecourse with an incredibly long run-in. Front-runners tend to do well at this track due to the sharpness of turns; however, stamina at the finish is also essential. While there is slight draw bias, the easier it is for front-runners to lead the pack, the better – so low draws are a slight advantage. There is no other racecourse like Cartmel, which gives it its charm but also produces thrilling racing and a slew of course specialists.

Racing at Cartmel racecourse is a fantastic spectacle whether you’re a spectator trackside or a punter at home. Either way, make sure you get out the starting gates at this track with some fantastic special offers: