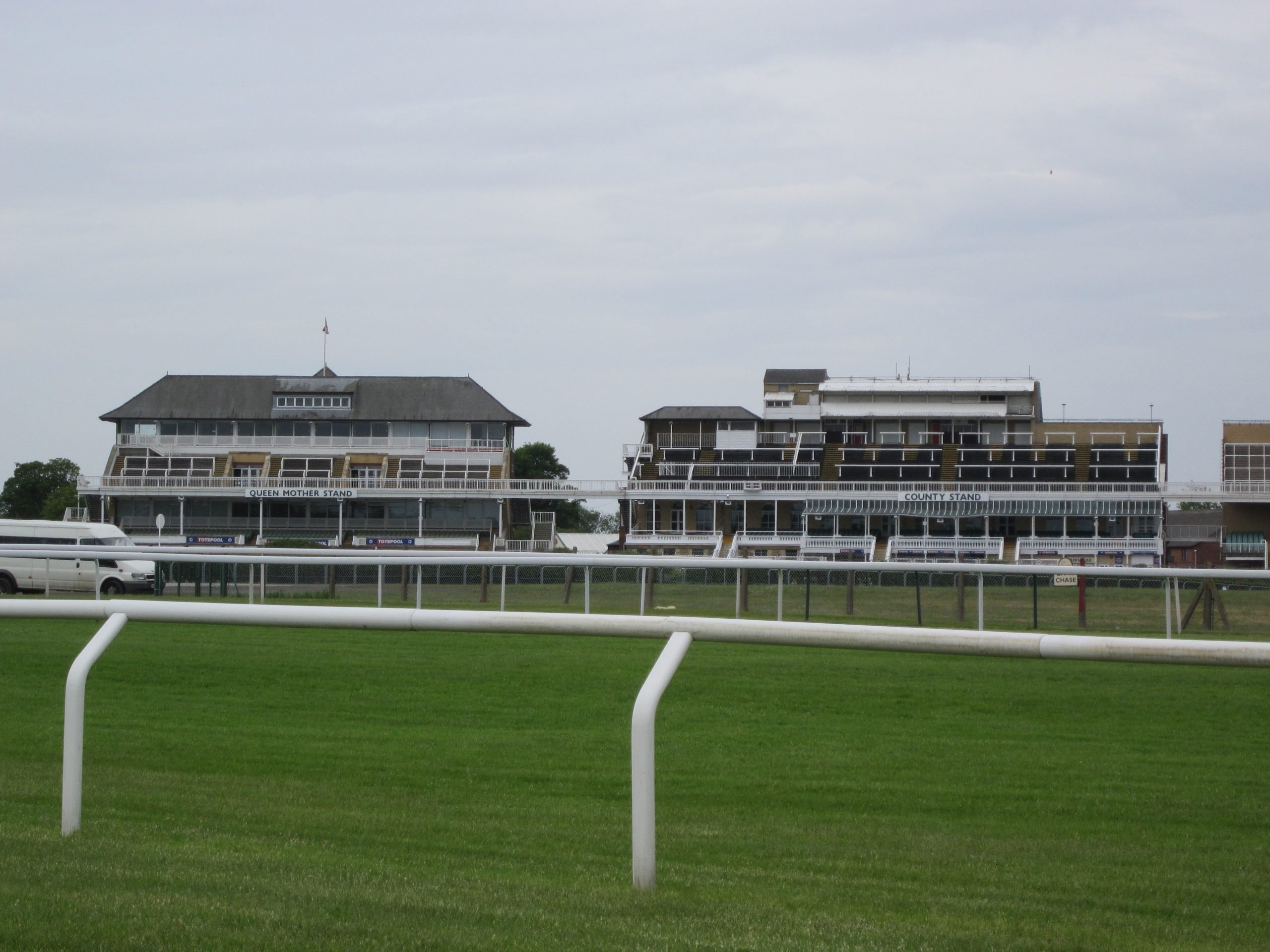 Located in Aintree, Merseyside, England is Aintree racecourse, venue for the prestigious annual Grand National steeplechase. In addition to this iconic event, Aintree is also home to the Mildmay steeplechase, and the Hurdles course.

The Grand National course is two miles and two furlongs long and is and is widely regarded as the most difficult course to successfully complete. It comprises of 16 fences, three open ditches, plus the legendary water jump. The fences vary in height from 4’6″ to 5’2″ (the tallest fence being one of the open ditches called ‘The Chair’) The most formidable is Becher’s Brook, the 6th and 22nd fence in the Grand National, which has an ominous lower landing side. Despite the drop being reduced recently, it remains a feared obstacle.
There will be four more races over the National fences:
– John Hughes Trophy Chase
– Fox Hunters’ Chase
– Grand Sefton Handicap Chase
– Becher Chase

The Mildmay Course is named after former champion amateur jockey Lord Anthony Mildmay. He insisted on the importance of a “nursery” course with scaled-down versions of the “National” fences to introduce potential future Grand National runners to Aintree’s intricate challenges. However, many trainers disliked the course, and the races on the Mildmay course tended to attract small fields. Over time though, and after alterations in 1990, the course began to gain accolades.

The Hurdles’ Course is the oldest of Aintree’s three courses and the previous site of flat races – the last being in 1976. It’s a one-mile, three-furlong left-handed oval with tight turns. There are a total of six hurdle flights, three in the back straight and three in the home straight.
On this course on April 7, 1967, the day before the Foinavon Grand National, then two-year-old Red Rum, piloted by Paul Cook, dead-heated in a five-furlong selling plate with Curlicue.
The Grand National is held in April over three days. In May and June, Aintree stages its popular Friday evening race meets. In October there are Sunday meets while Saturday meets are in November and December.

Aintree is a great racecourse to start wagering at…when you have free bets or great offers like these: