Manchester United await the arrival of fierce rivals Leeds United at Old Trafford for their first game of this Premier League campaign on Saturday the 14th of August 2021.

Manchester United played just four games during their pre-season friendly campaign, although, to be fair to them, they did have a handful of players with international commitments for Euro 2020. These four games consisted of two wins, against Derby County and Everton, a draw against Brentford and a loss to Queens Park Rangers.

Leeds United played seven pre-season friendlies this summer but will likely be a little disappointed with their set of results. They beat non-league Guiseley 3-2, drew against Blackburn and Villarreal, and lost against Fleetwood, Real Betis, and Ajax twice.

Leeds will be dreaming of taking some points off Manchester United in the first game of the season which will in turn grief Man United’s title attempt and get their own campaign off to an excellent start.

The last match between these two sides ended in a 0-0 draw at Elland Road, however, earlier in the season, Manchester United won the reverse fixture 6-2 at Old Trafford.

It may be worth wagering on some other markets too, for a chance of returning bigger profits on your stakes. For example, here are the current odds for match result and both teams to score:

As of today, Manchester United are currently third-favourites to win the league behind Manchester City and Chelsea. Here are the current top five favourites for the title:

We can expect nothing short of the strongest starting elevens from each of these teams on Saturday afternoon, with both teams hoping to appease their respective fans and get three points on the board.

Manchester United famously signed Jadon Sancho from Borussia Dortmund this summer for a fee of £76.5 million, and this is, so far, their only cash signing of the transfer window, although there’s still plenty of time to go. Rumour has it that Atletico Madrid central-midfielder Saul Niguez may also be a target.

Ole Gunnar Solskjaer does have some injury woes ahead of Saturday, with Cavani, Lingard, Rashford and Telles all set to miss out on the season opener. Henderson, Jones and even Sancho are also questionable.

Leeds have made two fairly big cash signings this transfer window, which include Barcelona left-back Junior Firpo for a fee of around £13.5 million and Manchester City left-winger Jack Harrison for a fee of £11.52 million.

Leeds boss Bielsa doesn’t have any guaranteed missing players for Saturday, although new signing Firpo, Llorente and Shackleton are all questionable for the match.

Although there is a clear favourite for this match between Manchester United and Leeds United, it is such an intense rivalry that truly anything can happen. One mistimed tackle and a red card could completely change the swing of the match. Plus, how well can Manchester United honestly cope with the attacking play of Bielsa’s men?

If you’re not quite sure which way this match is going to go, check out our intelligent, well-researched football betting tips for the best chance of making some serious profits on the action, not just for this match, but for any of the games in the top 33 leagues and cups around the world this season.

Alongside these lucrative betting tips, we also have promo codes for sign-up offers that include some of the biggest free bets found anywhere online.

Free bets are by far the best way to bet on any football match, especially those matches that are already as tense as Manchester United vs Leeds United will be.

If you fancy getting involved with the action, absolutely risk-free, check out our many big free bets, which you can combine with our knowledgeable betting recommendations to make a mint this weekend.

Free bets alone not enough? How about some boosted odds on match favourites, enhanced odds on likely accumulators, build your own bet promos and much more?

There are a plethora of football betting promotion types around the web, all of which can be used in conjunction with football betting tips to make some serious cash betting on any match from a pre-season friendly to the Champions League final.

Check out just a few of our current bets below, and maybe even start to work your way through each betting site to begin placing your bets for the weekend.

Where To Bet On Manchester United v Leeds United

All betting sites will have markets available for betting on Premier League matches this season. If they don’t, they’re simply not worth your time.

It’s important that you don’t always just stick to your usual betting site though, as this would mean you’re missing out on sin-up offers at other sites, which, as already mentioned, can be used to make some big profits on matches like Manchester United against Leeds United on Saturday afternoon.

If you want to watch this match live to keep an eye on your bets, this match will be available to watch on BT Sport 1 and BT Sport Ultimate at 12:30 pm, or, you can track the match progress on your chosen betting site.

In the preliminary round of the EFL Cup, newly promoted football league side Sutton United travel to the Welsh capital to play Championship side Cardiff City. Cardiff City had a very busy pre-season friendly campaign with quite a mixed bag of results. They played seven…

A struggling Iceland welcome Group J leaders Germany to Laugardalsvollur in Reykjavik for their final September World Cup qualification fixture. Iceland have picked up four points so far in Group J, having beaten bottom team Liechtenstein 1-4 and drawn 2-2 with North Macedonia. As a… 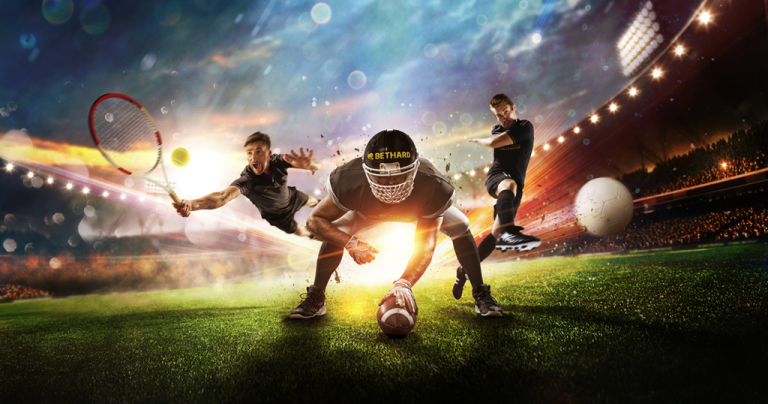 Hungary anticipate the arrival of England at the Puskas Arena in Budapest for their Group I World Cup qualifier match on Thursday the 2nd of September 2021. Hungary put on a valiant effort at Euro 2020 this summer. Hungary were the fourth team in the…